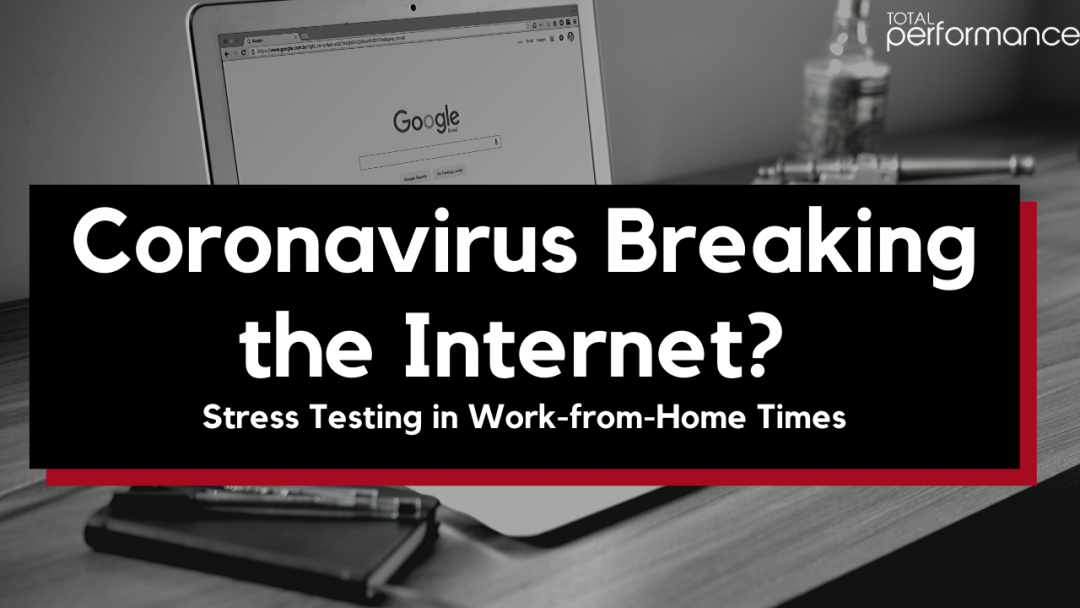 The world as we know it is changing: Covid-19 (more commonly known as Coronavirus) is leaving major dents on our society and our financial systems. However, this pandemic will have consequences beyond the obvious: with many people being required to work from home, internet providers and potentially many (commercial or otherwise) websites will be facing stress tests like never before.

Note to readers: Total Performance Consulting wishes safe travels to anyone trying to return home, and wishes that everyone stays safe and healthy. As per World Health Organisation recommendations, please remember to avoid crowded spaces and regularly wash your hands. Stay safe!

Data Center Frontier published an article last week on network traffic. In this article, they explained that “DE-CIX Frankfurt, one of the world’s busiest interconnection hubs, reported a new all-time traffic peak of more than 9.1 Terabits per second on Tuesday evening, an increase of 800 Gigabits per second (Gbps) seen two weeks ago. The exchange said it had anticipated it might reach levels of 9 Tbps, but not until later this year.”

According to Data Knowledge Center “In the US, internet traffic has been up 10 to 20 percent since the first week of February, when the first COVID-19 cases were reported in Seattle, according to Cloudflare.”

Not only will there be higher levels of internet usage (at least from home environments, as opposed to business environments prepared for such internet traffic) but companies like Amazon will very likely also encounter higher user traffic. Avoiding supermarkets and public spaces requires alternative methods for getting groceries and other essentials, such as in online environments.

From video conferencing for business meetings that can no longer be held in office spaces to Netflix binges, the internet might be about to get a whole lot busier.

So what exactly is the Coronavirus doing to our internet usage?

According to Axios “The nation’s internet service providers say they haven’t seen big usage spikes yet, but the coming weeks and months could pose an unprecedented test of their networks’ ability to withstand a massive and sustained surge in bandwidth needs.”

Slate adds that “More and more people stuck working from their couches are likely to start using services like Zoom and Skype for virtual meetings. Colleges like Stanford and the University of Washington are also holding lectures using video conferencing software since in-person classes have been canceled. Video already accounts for about 70 percent of network traffic—and there will certainly be more people going on Netflix binges as they avoid activities outside the home—so there are concerns that adding conferencing to the mix might overload some networks.”

In that same article, Slate points out that school children being at home also adds stress to internet usage: “Internet networks in Europe have seen sizable surges in traffic as people turn to their computers for entertainment while staying home. Schools in Italy, for instance, have shut down, leaving many kids cooped in playing video games. During a call with analysts on Wednesday, the Telecom Italia CEO Luigi Gubitosi reported that its landline network saw a traffic increase of more than 70 percent, leading to a flood of lost internet connections. Gubitosi attributed the spike to “online gaming such as Fortnite,” which takes up more bandwidth than most remote work services.”

Data Center Knowledge adds that changes in people’s daily routines have also accounted for spikes in traffic during different hours than usual. They state that “Normally, traffic spikes come around 7:30 pm (in each time zone), driven by online streaming services, Prince said. “As regions have instituted work-from-home requirements or recommendations, you see that peak in internet traffic shift closer to the middle of the workday,” he said.”

Many internet providers across the US have started suspending internet caps, and allowing those with over-usage bills to have those bills waived.

According to The Verge “Comcast is increasing the speed of its discounted internet service for low-income households to 25Mbps down, an increase from 15Mbps down. Upload speeds will be increased to 3Mbps from 2Mbps. Comcast is also beginning to offer a 60-day free trial of the service, which costs $9.95 per month.”

The Colorado Sun adds that “CenturyLink is suspending its data cap on internet usage for customers, who are increasingly finding themselves hunkering down at home as schools temporarily close and workers move online to prevent the spread of the contagious coronavirus.”

An article on CNet also elaborates on how companies like AT&T, Verizon, T-Mobile, and Sprint are taking measures such as waiving late fees and suspending internet caps.

And how is the pandemic affecting websites and their load capacity?

An article from Slate reminds us of channels like stock-trading websites, who are seeing a sudden surge in users. They say that “According to Downdetector, stock sites like Ameritrade and E-Trade have been seeing spikes in outage reports this month as financial markets melt into goo. Robinhood has been struggling in particular due to perpetual account malfunctions and has gone dark for up to an hour in recent weeks. Web-based trading services often have issues with atypical spikes in traffic because they don’t often use outside cloud providers due to the financially sensitive nature of stock transactions. These sites typically prefer to develop their own systems in-house to make them more secure, but they often don’t have capacity that you’d get with a major cloud service.”

Other companies potentially taking a hit from these spikes are companies like Skype, Zoom and other video-conferencing providers due to workers being at home. Organisational websites such as Slack and Asana could also be in trouble.

In regards to Slack, an article in Data Center Knowledge points out that “Microsoft reportedly saw a 500 percent increase in use of its Teams collaboration software in China since the end of January, followed by big increases in other parts of the world. Zoom, the popular video conferencing software provider, is said to have experienced an increase as well.”

Business VPNs are another software taking a hit during this shift to work-from-home. In the same article, DCK remarks that “One problem many businesses are facing as a result of the shift to remote work is inability to connect remote workers to their private networks securely, Prince said. Businesses that aren’t set up for having many employees work remotely typically haven’t invested in a high-capacity VPN, or virtual private network, and firewall.”

Unsurprisingly, Amazon is also facing some concerns (both online and offline). An article in Fool states that “Just when it seemed Amazon.com (NASDAQ:AMZN) delivery couldn’t get faster, the company is speeding up its same-day delivery. About 3 million items now can be ordered and delivered throughout the day in select cities, the company announced March 3. And at the same time, the coronavirus outbreak has resulted in a frenzy of buying that’s shaken up delivery at Amazon and other rivals like Walmart (NYSE:WMT).”

Amazon seems to be responding accordingly. An article by CNBC from earlier this week shared that “Amazon said Wednesday it’s launching a $25 million relief fund for delivery drivers, seasonal workers and other employees amid the coronavirus outbreak.”

Share your thoughts with us in the comments below!

How Total Performance Consulting Can Grow Your Team Through Staff Augmentation

Is your organization poised to scale during the coming recession? Total Performance Consulting discusses how to grow your team through staff augmentation. 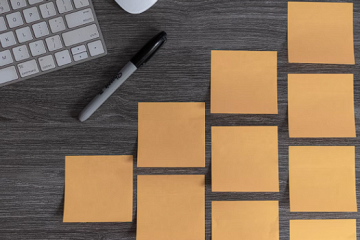 Benefits of an Agile Transformation

Benefits of an Agile Transformation In a previous stage in my career, I used to work as an engineer. I used to monitor hundreds of American cars being built every day in automotive plants all Read more… 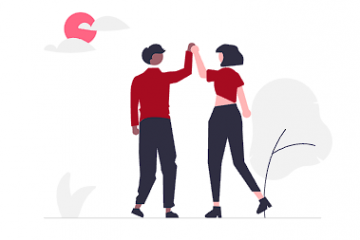 Our People and Work Culture

Our People and Work Culture We have a collaborative, supportive, and positive work culture at TPC. We invest time in knowing our team members and what is important to them by encouraging transparency and open Read more…